This article, by The Vulture, will give you some insight into the selection of Leonard Cohen’s ‘Nevermind’ as the theme song for HBO’s True Detective, Season 2. ‘Nevermind’ was first released on 2014’s Popular Problems. 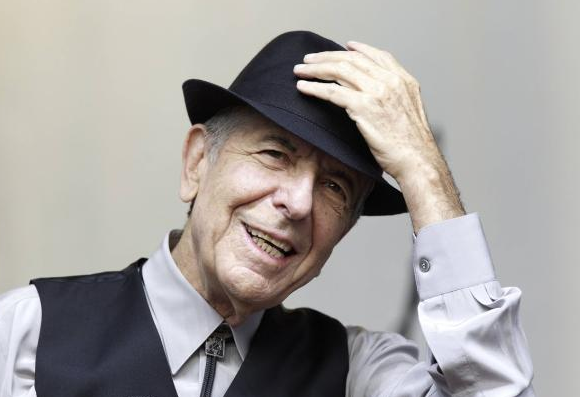 Our friends at CBC are hosting your first listen to “Joan of Arc”, recorded on tour in Quebec City for Can’t Forget: A Souvenir of the Grand Tour, available for pre-order now. 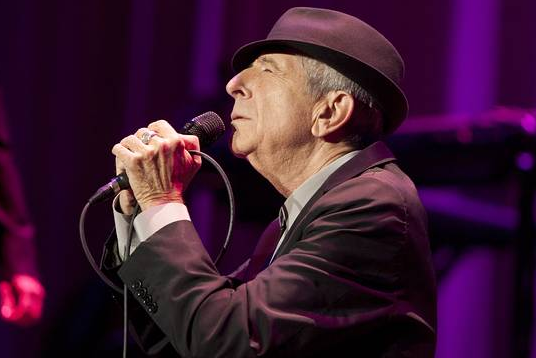 Today we present you with the third song off of the soon to be released album “Can’t Forget: A Souvenir of the Grand Tour”. Following on the heels of the wholly original recording of “Never Gave Nobody Trouble” and the George Jones cover “Choices”, this live recording of the Cohen classic “I Can’t Forget” is being exclusively hosted today by The Wall Street Journal:

Leonard Cohen releases “Can’t Forget: A Souvenir of the Grand Tour” on May 12, 2015. The ten songs of this hypnotic album are Cohen rarities recorded on his recent, celebrated “Old Ideas World Tour.” Remarkably, this is Cohen’s third album release since last September’s “Popular Problems”. You can learn more about the album by viewing this short video.

Can’t Forget is available for pre-order at all digital service providers, where fans will receive these first three songs instantly with purchase.

Rolling Stone is hosting a stream of “Choices”, a wholly new recording from the upcoming album “Can’t Forget: A Souvenir of the Grand Tour”, available May 12. Please enjoy here.

“Never Gave Nobody Trouble” was the first song released from the album and can be heard here.

To learn more about the album watch this short video.

Leonard Cohen releases Can’t Forget: A Souvenir of the Grand Tour on May 12, 2015. The ten songs of this hypnotic album are Cohen rarities recorded on his recent, celebrated “Old Ideas World Tour.” Remarkably, this is Cohen’s third album release since last September’s Platinum selling Popular Problems which garnered four 2015 JUNO AWARD nominations and won for the coveted ‘Album of the Year’.

The songs on Can’t Forget have the immediacy, spontaneity, and thrilling intimacy of the best studio recordings made in the white heat of live performance and Cohen’s legendary soundchecks, in which he brings the colors of his virtuoso band to full bloom in harmony with his voice, never more seductive. Here is a full range of Leonard Cohen’s work: new songs including, from the realm of blues, the wickedly funny “Got a Little Secret” and “Never Gave Nobody Trouble”; luxurious performances of such Cohen masterpieces as “I Can’t Forget,” “Light As the Breeze,” “Night Comes On,” and a sublime “Joan of Arc”. Cohen also treats us to a gripping version of the Quebecois love song “La Manic,” performed before a captivated audience in Quebec City, and a moving tribute cover of the late country master George Jones’s “Choices.” These are songs and performances of the first order that you can’t forget.

Cohen’s live concert tours were met with extraordinary and unanimous accolades as he performed around the world from 2008 through 2013. His mesmerizing performances totaled 470 shows in 31 countries, attended by four million fans. Can’t Forget gives listeners an extremely special glimpse into Cohen’s intimate rehearsal process, widely known to be in-depth ‘concerts before the concert!,’ heard by fans for the first time with this new record. Cohen continues to work with vocalists, musicians, producers and engineers who are the best in the business.

Can’t Forget: A Souvenir of the Grand Tour Tracklisting:

3. Light as the Breeze

Rolling Stone readers have selected ‘Popular Problems’ as one of the 10 best albums of the year.

“Leonard Cohen’s amazing comeback that began with his 2008 tour and his 2012 disc Old Ideas continued this year with Popular Problems, his 13th LP since emerging on the scene back in 1967. The disc is produced by Patrick Leonard, best known for his work with Madonna in the 1980s. “We were both, I think, quite compassionately savage about our vision,” Cohen told Rolling Stone. “If something’s obscure or just on the wrong side of accessible, then Pat will mention that and I’ll happily redirect.” Check out the songs “Almost Like the Blues” and “Nevermind.” They are some of the greatest songs ever produced by an octogenarian.”

American Songwriter – “5 out of 5 stars”

This state-of-the-art audio-visual HD presentation of a full-length concert from the Old Ideas World Tour delivers this artist’s repertoire (backed by a band recognized by critics as his best ever) with the intimacy, intensity and poetic beauty that have become hallmarks of a Leonard Cohen concert. Live In Dublin recreates the deep emotional connection that audiences felt so powerfully and critics praised universally with five-star reviews during Cohen’s most recent tour.

Live In Dublin is the singer-songwriter-novelist-performer’s second new release this year. On September 23, 2014, two days after Cohen’s 80th birthday, Popular Problems, the Canadian bard’s 13th studio album of new material was released. As the year comes to a close, Popular Problem is appearing on many “Best Album of 2014” lists including: #2 Uncut Magazine and #2 The Telegraph UK: http://www.telegraph.co.uk/culture/music/cdreviews/11252866/best-albums-of-2014.html

American Songwriter begins their 5 out of 5 star review with;

“Concerts by veteran musicians, even ones as respected as Leonard Cohen, don’t get any classier than this. The 80 year old singer/songwriter says more with a momentary raised eyebrow, a dip down to one knee or a tip of his trademarked black fedora than Mick Jagger does in a show of frantic dashing around an enormous stage.”